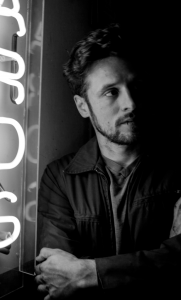 Zack Bennett was born and raised in the small mining town of Grass Valley, California. Thanks to his perceptive 3rd grade teacher, he discovered acting on stage was a great outlet for his high energy and incredibly loud voice. From then on, Bennett spent all his free time in the theater or making videos with his old Digital 8 camcorder, teaching himself editing on an early Final Cut system by the time he was a freshman in high school. At 16, Zack leapt into the unknown, graduating high school early and moving to Los Angeles for his first pilot season. Within three months he had booked his first professional acting job and has been working professionally ever since, acting in dozens of feature films, shorts, commercials, and television. Bennett’s turn into the vast realm behind the camera began when he and lifelong friend, Kevin Schlanser, decided to produce and direct their first feature documentary together, The Ataxian. As with acting, Zack found himself enthralled with the world of production, spending thousands of hours learning the technical aspects of making films, and developing an impressive framework and even deeper love for the art form. 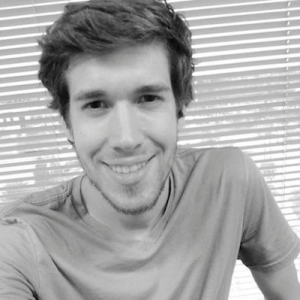 Kevin grew up in Northern California, where he inherited a passion for photography from his father. When he was twelve, he saved up enough money to buy a digital video camera and set about shooting films starring his brother and their friends. After high school, Kevin attended NYFA, and upon graduating was hired to shoot and edit the viral YouTube sensation Lonelygirl15, followed by a web series accompaniment to the show Harper’s Island produced by Jon Favreau. During this time, he directed The Utopian, a short film starring Guillermo Diaz (Scandal) and Richard Riehle (Office Space), which was selected to play at the Palm Springs International Film Festival. In 2010, Kevin began shooting the feature documentary The Ataxian, which he produced and co-directed with his childhood friend Zack Bennett. The film has won awards for best documentary at film festivals around the country. Most recently, Kevin shot the feature film Randy’s Canvas as well as a feature by director Lindsey Haun. Also in the works are contemporary dance films for acclaimed choreographer Andrea Schermoly, starring members of the SF & NYC Ballet companies, and the short film Buttercup, which is set to premiere at the 2017 Sun Valley Film Festival.

Synopsis:
How would you react to a life debilitating and fatal illness? In The Ataxian, one man shows the world that it is possible to take action and find hope under even the most daunting circumstances. At age 17, Kyle Bryant was diagnosed with the relatively unknown progressive neuromuscular disease, Friedreich’s ataxia (FA), for which there was no treatment, nor cure. As Kyle lost his ability to play his favorite sports and even walk, he began biking long distances in a specially outfitted “trike.” When he is finally relegated to a wheel chair, Kyle decides enough is enough. He enlists the help of three friends, Sean—who also has FA—John and Mike, and they embark on the “toughest bike race in the world,” the Race Across America (RAAM). In this feature-length documentary, filmmakers and childhood friends Kevin Schlanser and Zack Bennett capture what is a grueling 9-day non-stop journey for anyone—much less someone with an energy-depriving affliction. Set to an incredible soundtrack featuring Bon Iver, Sigur Ros, Belle Brigade and others, the audience accompanies Kyle and his team through magnificent sweeping landscapes and the unbreakable spirit of a life-changing cross-country trip that shows: life is about how we react.