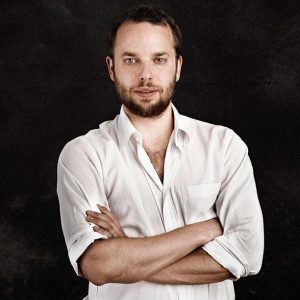 Over his 20-year career, Hugo has worked extensively as a writer, director, producer and editor of documentaries, TV shows and music films. Prior to “The Jazz Ambassadors,” Hugo recently directed a 4-part tru-crime series for Sky Italy and the BBC, in which he unravelled one of the most complex DNA murder investigations ever undertaken. He won a Peabody Award in 2012 for “Land Rush” (one of 7 Why Poverty? films), about land grabbing in Africa. And he received the Tribeca Film Festival Best Documentary Award in 2003 for “A Normal Life” about post-war Kosovo. Hugo is half-American, half-English and lives in London with his half-Italian family.

In 1956, America announced a new Cold War weapon to combat the USSR; jazz musicians like Louis Armstrong, Duke Ellington, Dizzy Gillespie and Dave Brubeck, along with their racially-integrated band, would cross the globe to counter negative Soviet propaganda about racial inequality in America. But the unfolding Civil Rights movement back home forced these cultural ambassadors into a moral bind; how could they promote a tolerant image of America abroad when equality remained an unrealized dream? This is the story of how jazz musicians fought back, winning Civil Rights a voice on the world stage when it needed one most.