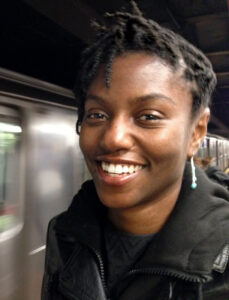 Talleah Bridges McMahon is an award-winning director/producer who has worked on documentary shorts, features and series. Most recently, she directed Through Our Eyes: Uprooted for HBO Max about climate displacement in the U.S. She also produced the documentary feature My Name is Pauli Murray, which premiered at Sundance and later won a Peabody. Previously, she directed the Emmy-nominated series America Since MLK which aired on PBS. She was also a co-producer on The African Americans: Many Rivers to Cross, which garnered Emmy, Peabody, and NAACP Image Awards. She has an M.A. in broadcast journalism from the University of Southern California.