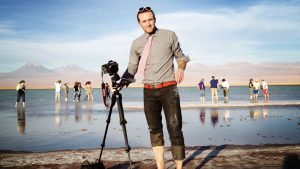 Ian Cheney grew up in New England, attending Yale University for both his Bachelor’s and Master’s degrees. His documentary King Corn (2008) was given a George Foster’s Peabody Award in 2009. His other documentaries include the SIFF 2014 festival hit, The Search for General Tso. Cheney also co-founded FoodCorps, an Americorps farm-to-school program.

The Most Unknown – Nine scientists travel to extraordinary parts of the world to uncover the answers to some of humanity’s biggest questions.

Picture Character – Emojis are a worldwide phenomenon, with some arguing that these smiling poops and heart-eyed faces are on the verge of actually becoming their own language. Who, if anyone, is in charge of this new global digital language?