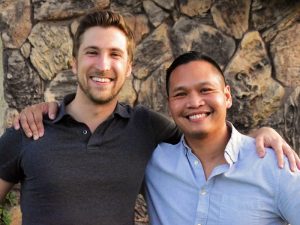 He was an animator for Disney on such films as Zootopia, Frozen, Big Hero 6, Moana, Wreck-It Ralph, Feast, Get a Horse!, Inner Workings, and Olaf’s Frozen Adventure​. Previously he was a director of commercials and short films at Make, LLC in Minneapolis.

Bobby Pontillas
Bobby Pontillas went to see Disney’s animated film Tarzan in 1999 and was blown away by the groundbreaking visuals. Since then, Bobby has been determined to make an impact in the animation industry, and is committed to share his unlimited energy and infectiously positive perspective to every project. Bobby brings a wealth of artistic experience, having worked on a slew of productions at Blue Sky and Disney, he inspires the crew to expand their artistic horizons on a daily basis. Bobby hopes to steward an era of change to the visual styles of modern cinema.

An ambitious young girl aspires to be an astronaut with the support of her humble father.