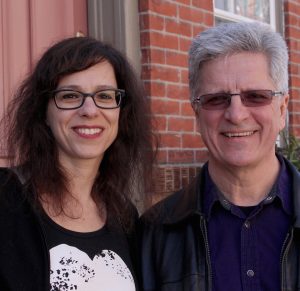 Cindy Burstein is an independent filmmaker, teaching artist and engagement coordinator. She received a BA in Anthropology from the University of Michigan and an MFA from Rutgers University Mason Gross School of the Arts. Following a career in community organizing, she has been using documentary film as a catalyst for social change. Her award-winning documentary, Concrete, Steel & Paint, created with Tony Heriza, received major funding from the Ford Foundation and film festival accolades, including awards for: Best Documentary, Best Director, and Social Justice Achievement. For ten years, she served as Regional Outreach Coordinator for the Independent Television Service (ITVS) Community Connections Project and Community Cinema Program—a groundbreaking public education and civic engagement initiative featuring social issue documentaries from the Emmy Award-winning series Independent Lens. She has worked with other independent filmmakers to develop national engagement initiatives for theatrical releases, broadcast premieres and educational distribution. She is a recipient of an Independence Foundation Artist Fellowship and Leeway Foundation Transformation Award—recognizing women artists engaged in social change. She is an Adjunct Instructor of media production at Temple University and a member of the filmmaker-owned co-operative, New Day Films (distributor of Concrete, Steel & Paint).

Tony Heriza has been engaged in media for social change since the 1970s, when he co-founded Community Media Productions, a collective of young filmmakers and other activists dedicated to creating media for community organizing and political advocacy. Over the years his projects have addressed a broad array of topics, including fatherhood, sexuality, neighborhood gentrification, labor organizing, immigration, preservation of cultural heritage, conflict resolution, and criminal justice. He is currently producing CARE, a feature length documentary about home-based elder care, examining the multiples stress on under-trained and under-paid care workers, as well the economic pressures on elders and their families. The film has major funding from the MacArthur and Ford Foundations and Tony was recently awarded an Independence Foundation Fellowship in the Arts to support his work on the project. Tony has a B.A. from Antioch College, a Master’s degree from Rutgers University and has taught documentary production at Rutgers University and the University of Pennsylvania. He currently the Director of Media Production for the American Friends Service Committee, an international Quaker organization based in Philadelphia, Pa., and a member-owner of the New Day Films distribution co-op.