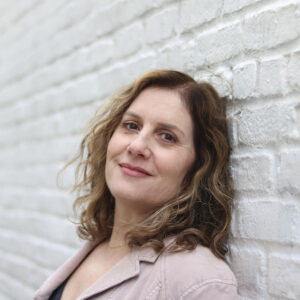 Kahane Cooperman is an Academy Award-nominated documentary filmmaker and Emmy and Peabody award-winning producer, director and showrunner. She is known for her focus on emotional, intimate, powerful storytelling whether the subject be serious or humorous and has made films on subjects as wide-ranging as mental health, civility’s role in a democracy, life with autism, the making of a cult film, and ice sculpting. Her short documentary Joe’s Violin was nominated for 2017 Academy Award. Other selected credits include: The Antidote, Making Dazed, The Daily Show with Jon Stewart, The New Yorker Presents. She is currently directing the feature doc “Untitled Creede Documentary”. www.kahanecooperman.com