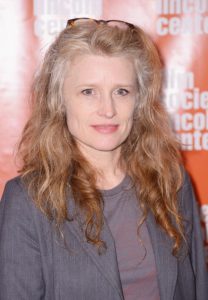 Cynthia Hill crafts documentaries that take a complex approach to critical contemporary issues, creating story- driven and visually-rich films. Private Violence is Hill’s fourth feature documentary. The subjects of her work range from tobacco farming, to Latino migrant labor and Southern foodways, and challenge dominant narratives about the rural South. Hill allows unexpected stories to unfold, laying bare the assumptions behind the systems that drive people’s everyday lives. Each of Hill’s documentaries open up space for vigorous community engagement, with viewers from wide-ranging political and ideological beliefs. Producer/director credits include Tobacco Money Feeds My Family, The Guestworker, February One, and A Chef’s Life. Hill’s work has appeared nationally on PBS and the Sundance Channel and featured in festivals around the globe. She has lectured at the Center for Documentary Studies at Duke University and is the co-founder of the Southern Documentary Fund, a nonprofit organization established to support place-based storytelling. Hill is from Pink Hill, NC and currently resides in Durham, NC.