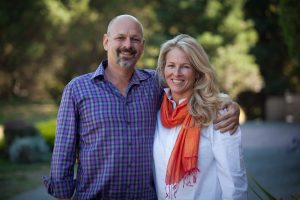 David Collier is an award winning documentary filmmaker, and the principal and founder of Studio B Films. He received an Academy Award nomination in 1993 for his feature length documentary For Better or for Worse. Studio B Films is a video production company in Berkeley, specializing in commercial work and documentary-based storytelling.

Suzanne LaFetra is a freelance writer, journalist and filmmaker. She is the Executive Producer of the documentary, She Wants to be a Matador (2009). She has long believed in the power of film as a medium for social change. Being the mom/stepmom to four adolescents has made her particularly keen on the youth development work portrayed in F R E E. This is her directorial debut.