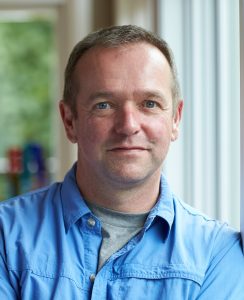 David has worked in film and television for just over thirty years; in that time he has had the privilege to travel around the world many times. David grew up in Philadelphia, and moved to New York to study Photography. He can’t think of a time he didn’t want to be a filmmaker other than a brief stint wanting to be a chef but it turns out that had more to do with liking to eat than wanting to cook for others. He believes his films reflect his interest in human rights, but mostly he makes films because it is so much fun and barring cooking there isn’t anything else he knows how to do. David chooses projects carefully knowing he will be living it for two to four years and the films he has made reflect his interests, concerns, doubts and fears. To David, the journey is always something unexpected and sitting with an audience watching his films is wonderful and terrifying. David believes having a camera is a privilege, as it allows intimate access into people’s lives, and a trust he takes very seriously. That personal encounter is what he loves most about working in documentary film.