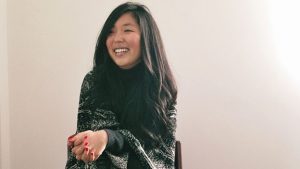 With nearly a decade of experience in the entertainment industry, Emmy-nominated Abby Davis primarily works with storytellers and curators in the non-fiction space. Davis began her career at Freestyle Picture Company (Tangerine, The Florida Project) where she assisted in the directorial debuts of top female talent such as Jennifer Aniston, Zoe Saldana and Demi Moore. During her time at Freestyle Picture Company, Davis worked in conjunction with brands such as Glamour Magazine and Canon in addition to A&E and Lifetime Television. In 2011, Davis started the next phase of her career at Preferred Content (PC), one of the leading film, television & digital sales, production and advisory companies. While at PC, Davis assembled creative and financial elements for PC’s original documentary features and television series as well as handled the worldwide and North American distribution rights for its non-fiction film slate. Over her tenure at PC, Davis was responsible for bringing multiple projects to market (most notably Blood Brother (Sundance 2013), Rich Hill (Sundance 2014), The Nightmare (Sundance 2015), The Bad Kids (Sundance 2016) and 78/52 (Sundance 2017)) and producing content. Most recently, Davis executive produced Long Shot (Telluride 2017/Netflix Originals) and 306 Hollywood (Sundance 2018). Davis graduated from Western Michigan University near her hometown of Saginaw, Michigan.

THAT’S MY JAZZ, a 14-minute film, presents an intimate portrait of Milt Abel II, considered one of the best young pastry chefs in the world. The son of Kansas City jazz legend Milt Abel Sr., Milt II longed to follow in his father’s footsteps, but on a different stage. He found his passion in the culinary arts at an early age, working his way up to become head pastry chef at Thomas Keller’s The French Laundry and Per Se, and sous pastry chef at Rene Redzepi’s two-Michelin star restaurant Noma.

As he was rising to the top of his career, his father’s was coming to an end. Realizing his own limitations, and finding himself at a critical crossroads, Milt II pushes the button to turn back time, reflecting on the rise of his star and its intersection with the setting of his father’s.