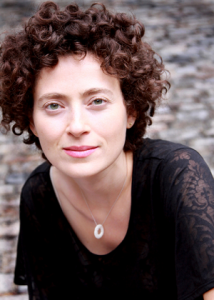 Jenny Deller is a writer, director and producer living in Columbus, Ohio. Trained as an actor,
Jenny studied at the American Conservatory Theatre in San Francisco, and in New York at the Ward Studio Meisner Program and American Mime Theater. Her debut feature, Future Weather, received the Showtime Tony Cox Award for Screenwriting from the Nantucket Film Festival as well as three grants from the Alfred P. Sloan Foundation. Named one of “10 Filmmakers to Watch in 2011” by The Independent, Jenny has directed and edited eight short films, including a documentary short for Anthropologie, where she served as Senior Copywriter. She has participated in FIND’s Producers and Screenwriters Labs; IFP’s Narrative Lab; LA Film Festival’s Fast Track market; and the Nantucket Screenwriters Colony. Most recently, Jenny was selected to participate as one of 25 up-and-coming directors in the inaugural Emerging Visions program co-curated by IFP and Film Society of Lincoln Center. A recipient of an NEH Young Scholars grant, Jenny has appeared on Law & Order and has been directing theater and film since attending high school at the Illinois Math & Science Academy.