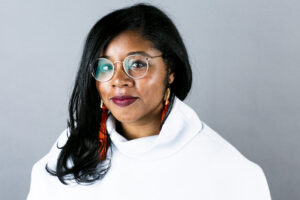 Lauren Domino is a writer and producer. She is a 2017 Sundance Institute creative producing fellow. Her work as a producer includes Alone, The Earth is Humming, Black Folk Don’t, Like, America and Academy Award Nominated, TIME (Amazon Studios). Lauren has produced branded content and live events for The New Yorker, Elle Magazine, The Oscars, Microsoft, and Essence Festival. Lauren co-hosted the podcast The Secret Lives of Black Women, which has been highlighted by The New York Times and Forbes.