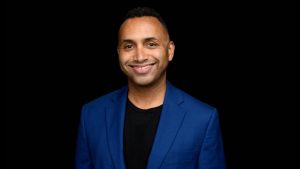 Rodney Evans is the writer/director/producer of the feature film Brother To Brother which won the Special Jury Prize in Drama at the Sundance Film Festival. The film had its European premiere at The Berlin International Film Festival and garnered four Independent Spirit Award nominations including Best First Film, Best First Screenplay, Best Debut Performance for Anthony Mackie and Best Supporting Male Performance for Roger Robinson. Evans has received funding from The John Simon Guggenheim Foundation, The Ford Foundation’s JustFilms Program, The Creative Capital Foundation, The Rockefeller Foundation, The NY State Council on the Arts (NYSCA), The Independent Television Service (ITVS) and Black Public Media (BPM). His second narrative feature, The Happy Sad, has played at over thirty film festivals throughout the world and had its U.S. theatrical premiere in August 2013 at the IFC Center in NYC and the Sundance Sunset Cinema in Los Angeles. Evans has taught at NYU’s Tisch School of the Arts, Princeton and Swarthmore. His recent documentary short Persistence of Vision screened at BAMcinemaFest and Frameline: The San Francisco International LGBT Film Festival in June 2016. It recently won the Jury Prize at the Ann Arbor International Film Festival in 2017. His latest feature, Vision Portraits, will have its World Premiere at the 2019 SXSW Film Festival in the Documentary Feature Competition.

Vision Portraits is the personal story of filmmaker Rodney Evans (Brother To Brother) as he embarks on a scientific and artistic journey, questioning how his loss of vision might impact his creative future. Through illuminating portraits of three artists: a photographer, a dancer and a writer, the film looks at the ways each artist was affected by the loss of their vision and the ways in which their creative process has changed or adapted.