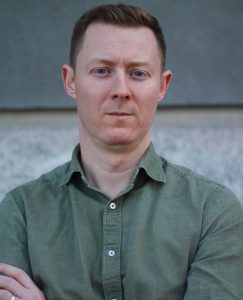 Bill Gallagher is the director and producer of the award winning documentary RUNNER which has won ten awards at festivals around the world. He was the line producer for the Academy Award−nominated documentary IF A TREE FALLS (Sundance), and Production Manager on the documentary RACING DREAMS (Tribeca – Best Documentary). Both films were in theaters and broadcast on BBC and PBS. Originally from outside of Boston in the United States, he is now living in Madrid, Spain. He studied Documentary Media at The New School and has lectured on documentary production at the University of Navarra in Spain. RUNNER is his first film as director.