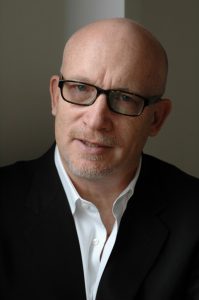 Director Alex Gibney has been called “the most important documentarian of our time” by Esquire Magazine (Esquire) and “one of America’s most successful and prolific documentary filmmakers” by The New York Times (The NY Times T Magazine).

Known for his cinematic, gripping, and deeply insightful documentaries, the filmmaker has won the Academy Award®, multiple Emmy Awards, the Grammy Award, several Peabody Awards, the DuPont-Columbia, The Independent Spirit, The Writers Guild of America Awards, and more. Gibney was honored with the International Documentary Association’s Career Achievement Award in 2013 and the first ever Christopher Hitchens Prize in 2015.

Gibney’s films include: Taxi to the Dark Side (2008 Oscar); Enron: The Smartest Guys in the Room (Oscar nominated 2006); Triple Emmy Award winning and Peabody Award Mea Maxima Culpa: Silence in the House of God (HBO); Emmy winning The History of the Eagles (Showtime); 2015 Peabody Award and Grammy nominated Mr. Dynamite: The Rise of James Brown; The Armstrong Lie (2013), which was short-listed for the 2014 Academy Award and nominated for the 2014 BAFTA Award, along with his film We Steal Secrets: The Story of Wikileaks (2013); and Client 9: The Rise and Fall of Eliot Spitzer (2010), which was nominated for three Emmys.