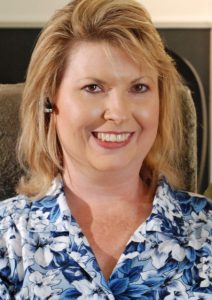 Jenni is considered a triple threat in the world of entertainment. Her editing and screenwriting skills serve as a foundation for her directorial efforts which have received multiple awards and have placed her among the best in her field as a Director Member of the Directors Guild of America. Jenni is the co-founder of Gold Pictures, Inc. a development / production entity which was established in 2001. She is also a sought-after speaker, a thought leader for film / media inclusion, and an Advisory Board Member for the Geena Davis Institute on Gender in Media. Her recent speaking engagements have included the Motion Picture Academy, Disney Studios, Dreamworks, Duke University, USC and co-hosting Turner Classic Movies with Ben Mankiewicz. In addition to directing the award-winning and star-studded feature documentary “CinemAbility: the Art of Inclusion,” Jenni has directed the action feature film “Ready, Willing, & Able,” co-produced the comedy motion picture “Can I get a Witness Protection,” and the soon to be released film “Tiger” starring Mickey Rourke. Most recently, Jenni directed and is now in post on the comedy/horror feature film “Aaah! Roach!” She has written and is developing a number of projects including a suspense thriller titled “Adrenaline,” a romantic comedy “Mr. December,” and the family film “Lucky,” adapted from her children’s book of the same name. Jenni went to film school at the University of Central Florida where she graduated Summa Cum Laude with two BA degrees, one in Motion Picture Production and another in Radio and Television Broadcasting. She has Muscular Dystrophy and has used a wheelchair since the age of seven. Jenni’s dedication to the art and the craft of filmmaking along with her passion for storytelling and entertaining audiences is clearly evident in her work and achievements.