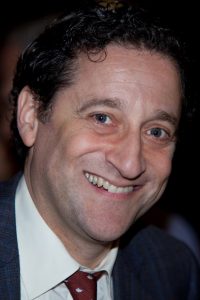 Jonathan Hock is an 11-time Emmy Award winning documentarian. After a decade at NFL Films, Hock left to direct “Through the Fire,” a story set in the projects of Coney Island which premiered at the TriBeca Film Festival in 2005 and became the first independent documentary ever acquired by ESPN Films. Since then, Hock has directed or produced seven films for ESPN’s Emmy and Peabody Award winning “30 For 30” series, including “Unguarded” about Chris Herren, which was named Best Documentary of 2011 by Sports Illustrated; “The Best That Never Was” about Marcus Dupree (2010); “Survive and Advance” about Jim Valvano (2013); “Of Miracles and Men,” about the “Miracle on Ice” game from the point of view of the Soviet players (winner of the Emmy for Best Sports Documentary – 2015) and “Celtics/Lakers: Best of Enemies” (2017). His other docs include “The Lost Son of Havana” (2009), “Off the Rez” (2011) and “Fastball” (2015), all of which premiered at Tribeca.