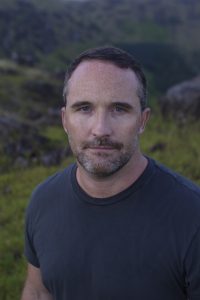 Jeff produced and co-directed Marina Abramovic: The Artist is Present, a feature-length documentary for HBO on the legendary performance artist that premiered at the 2012 Sundance Film Festival. The film went on to win the Panorama Audience Award at the 2012 Berlin Film Festival, the Special Jury Prize at the Sheffield Doc Fest, a George Foster Peabody Award and an Emmy Award for Outstanding Arts & Culture Programming. He is an Executive Producer of Half the Sky: Turning Oppression Into Opportunity for Women Worldwide, the groundbreaking documentary series and trans-media project based on the best-selling book by Pulitzer Prize-Winning journalists Nicholas Kristof and Sheryl Wu Dunn. With his partner Maro Chermayeff, Jeff directed and was an Executive Producer of Circus, a 6-part documentary series for PBS. He was also a producer of Carrier, the Emmy Award-winning 10-part documentary series that premiered on PBS in April 2008. Prior to founding Show of Force, Jeff was a producer of Broadway the American Musical, a 6-part series that premiered on PBS in October 2004 and won the 2005 Emmy Award for Outstanding Non-Fiction Series. Jeff’s directorial debut, Out of the Past, won the Audience Award for Best Documentary at the 1998 Sundance Film Festival and was broadcast on PBS in October 1998.