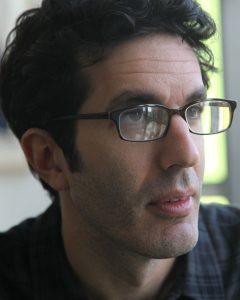 Jeffrey Blitz is a director, producer and screenwriter who has worked in documentary, features and television.  His first film, the 2002 documentary, Spellbound, was nominated for an Academy Award and won an Emmy Award.  It was recently named one of the top 5 documentaries of all-time by the International Documentary Association. In 2007, Jeffrey won the Dramatic Directing Prize at the Sundance Film Festival for his first fiction film, Rocket Science.  That film was also nominated for three Independent Spirit Awards including Best First Feature and Best First Screenplay.  In 2009, Jeffrey won the Primetime Emmy for Outstanding Directing for a Comedy Series for his work on The Office.  His most recent documentary, Lucky, about the lives of lottery winners, premiered at Sundance and screened on HBO.  Jeffrey grew up in New York and New Jersey, then studied creative writing at Johns Hopkins University and directing at the University of Southern California School of Cinematic Arts.