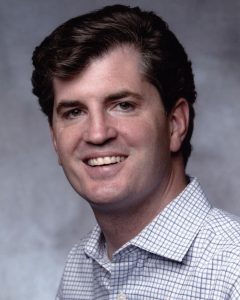 Jim Whitaker is the founder and director of Project Rebirth. When he visited Ground Zero shortly after September 11, 2001, he was struck by the determination and resolve that he witnessed in the first responders and volunteers, and felt strongly that the process of rebuilding and recovery should be captured on film. Since 2002, Rebirth’s 14 time-lapse cameras have recorded the redevelopment of the World Trade Center site and chronicled the lives of nine people coping with 9/11. Jim hopes Rebirth can help audiences to understand and appreciate how people cope and recover from trauma and disaster. Jim is currently the Chairman and Producer of Whitaker Entertainment at Walt Disney Studios. Previously, he was the President of Motion Pictures at Imagine Entertainment and completed notable films, including Cinderella Man, Flight Plan, Friday Night Lights, 8 Mile and many others. He began his career as a documentary filmmaker to raise money for nonprofit organizations. He wrote and directed LOADED, an award-winning public service announcement against drinking and driving, in memory of a Georgetown University classmate. He was also a Henry Crown Fellow at the Aspen Institute.