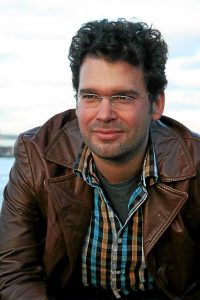 Judd Ehrlich is a Grand Clio and Emmy Award-winning director and producer who “clearly knows his craft” (The New York Times) and “has mastered the art of exposing compelling and honest stories” (AOL). The son of an architect and schoolteacher, he grew up in lower Manhattan and, at fourteen, was the youngest feature reporter at a New York newspaper.

Ehrlich’s recent documentaries KEEPERS OF THE GAME and WE COULD BE KING, produced with Tribeca Studios and The Dick’s Sporting Goods Foundation, forged a new model for documentary production and premiered at the Tribeca Film Festival and on ABC television. KEEPERS was a New York Times Critics’ Pick and nominated for a Critics’ Choice Award and KING won an Emmy and Grand Clio Award. Both films are part of the US State Department’s American Film Showcase.

Ehrlich was nominated for Emmy Awards for the Tribeca Premiere RUN FOR YOUR LIFE and the PBS broadcast MAYOR OF THE WEST SIDE. His award-winning MAGIC CAMP was optioned for narrative remake and NOTES FROM LIBERIA won several awards.

Ehrlich directed two television series for ESPN and a series for The CW Network. He collaborated on the editing of Sundance-winner FAMILY NAME and Ric Burns’ Emmy-winning series, NEW YORK. Ehrlich was an editor and producer at CBS News and directed film programs at BAM, Brooklyn College, JCC Manhattan and the Brooklyn Museum, hosting notables like Darren Aronofsky, Steve Buscemi and Willem Dafoe.

Before film, Ehrlich was a caseworker in NYC for Project Renewal, Homes for the Homeless and YAI. He lives with his wife and two children in Flatbush, Brooklyn, where his family lived for five generations. Ehrlich is a Vassar College graduate and teaches filmmaking.