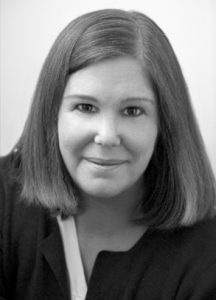 Susan is an EMMY and Peabody award-winning filmmaker. She directs, writes, and produces documentaries and non-fiction films and videos for worldwide distribution and broadcast. Her work has appeared on ABC, NBC, PBS, HBO, Showtime, MTV, ESPN, The Discovery Channel, National Geographic, Turner Broadcasting, American Movie Classics, The Learning Channel, and the Travel Channel.

In a freak snowboarding accident, Forrest, age 18, suffers a life threatening traumatic brain injury that leaves him trapped inside himself — unable to speak or move for nearly two years. Tom, an eccentric music therapist with a troubled childhood, will do anything to get a response from Forrest. He dresses up in costumes and makes up silly songs. For months, Forrest doesn’t even acknowledge him. Then, one day Forrest painstakingly types with one finger on his Dynavox: “Please help me find my voice”. Tom begins by teaching Forrest to breathe…then hum. After many months of painstaking practice, the hums turn into Forrest’s first two words. Within weeks, he’s singing entire songs and speaking in sentences. Forrest is just getting his voice — and life — back, when he’s faced with one medical setback after another. Shortly after his 21st birthday, a serious infection requires surgeons to remove the prosthetic implant protecting his brain, where a large part of his skull was removed after his accident. Without any protection for his brain, Forrest begins to decline — his words become garbled and his ability to survive is uncertain. The clock is ticking. Surgeons at Johns Hopkins Hospital agree to perform a groundbreaking surgery, never before performed on a civilian. It’s Forrest’s last hope — and very risky. Filmed over the course of five years, this is a remarkable story about the power of music to heal and transform lives, often in miraculous ways.