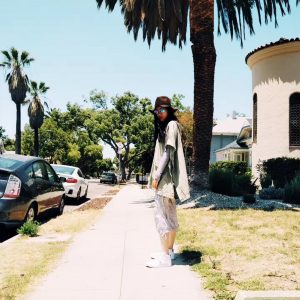 Yiying (Nikki) Li received her MFA from the School of Cinematic Arts at USC. Yiying has a strong passion for telling stories about compelling characters rooted in underrepresented communities. She focuses on telling stories about people whom society often forgets. Before attending film school, she worked in TV/Radio as both a supervisor and a creative producer where she produced the New York Festival World’s Best Radio Program winning program, “Untold”. The program followed stories of the victims from Bill Cosby’s sexual allegation case. She also co-produced the Peabody winning documentary mini-series THE LEGEND OF CHINA. Yiying has also been featured on CCTV 4. She has also been featured on Chinapress and World Daily New. Her graduate thesis Love&Loss is one of the winners in 45th Student Academy Award. It has also been nominated as Best Documentary in 45th Montreal World Film Festival Student Film Festival. She also serves in a student club that teaches cancer kids from 5-15 years old how to make a small film. She believes the mission of art is making the world a little better.

The award winning documentary Love & Loss follows two surprisingly strong women: Karen Crespo & Nicole Evans. Both women are vibrantly physically disabled; however, Nicole was born disabled while Karen became disabled later in life. There is a tremendous difference between being born with a disability and becoming disabled later. Nicole has had the past 30 years to cope with and learn to embrace her disability while Karen had deal with both the physical and emotional trauma almost overnight. Despite their trials, these women are taking steps to find love in their lives. Through the observation of the dating lives of theirs, this film explores the challenging and often unconventional intimate relationships of physically-impaired individuals, as well as how those individuals define and live their lives within the context of their disabilities.