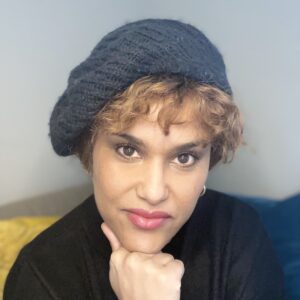 Mehret Mandefro is an Emmy-nominated producer, writer and director who champions the creative arts as a path to developing a more just society. Also a physician, anthropologist and serial entrepreneur, Mandefro calls her projects “visual medicine.” Her production company, Truth Aid Media, has produced award-winning films that have screened at Sundance and other top festivals and shown on Netflix, Amazon, BET, PBS and more. Her track record at the intersection of social impact and media earned her a spot on Variety’s 2021 list of Most Impactful Women in Global Entertainment. In 2022 she became an official member of The Academy of Motion Picture Arts and Sciences.