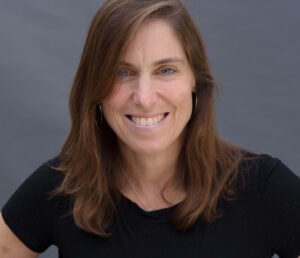 Mary Mazzio, an award-winning documentary film director, Olympic athlete, and former law firm partner, is Founder and CEO of 50 Eggs, Inc., an independent film production company dedicated to making socially impactful films. Mazzio wrote, directed, and produced highly-acclaimed and award-winning films, including I AM JANE DOE (which catalyzed bipartisan federal legislation and was featured on The Today Show); Underwater Dreams (which raised $100 million dollars with the White House for underserved students and was featured on The Colbert Report); TEN9EIGHT (called “one of the most inspirational films you will ever see” by Tom Friedman in The New York Times); A Hero for Daisy (called “a landmark film” by the New York Times, the film inspired a lawsuit that was decided years later by the US Supreme Court); Apple Pie (called “priceless” by The New York Times and “fantastic” by NPR), and I am Little Red (an animated short written with Academy-Award nominee, Alec Sokolow (Toy Story). Her newest documentary film, A Most Beautiful Thing, narrated by Academy Award-winning artist, Common, and produced with NBA stars Grant Hill and Dwyane Wade, won a 2021 Gracie Award and was nominated for a Critics’ Choice Award, an NAACP Image Award, and for Best Documentary by the International Press Academy.