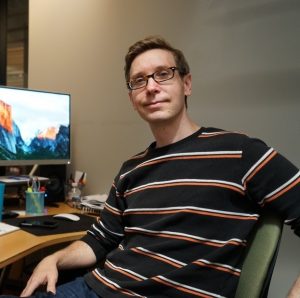 Billy McMillin has spent over a decade as a writer and editor crafting a diverse mix of stories—from war-torn life in Academy Award Nominee Iraq in Fragments, to an epic search for justice in West of Memphis, to a quest for greatness amongst the world’s best 7-year-old golfers in The Short Game. He edited Hulu’s original documentaries Becoming Bond and Too Funny To Fail and led a team of editors on History & Viceland’s docuseries Hunting ISIS.

MIKE WALLACE IS HERE offers an unflinching look at the legendary reporter, who interrogated the 20th century’s biggest figures in his over fifty years on air, and his aggressive reporting style and showmanship that redefined what America came to expect from broadcasters. Unearthing decades of never-before-seen footage from the 60 Minutes vault, the film explores what drove and plagued Wallace, whose storied career was entwined with the evolution of journalism itself.