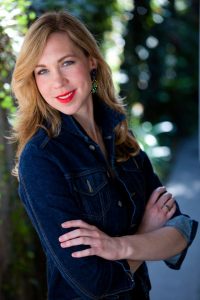 Melissa Johnson is a writer and filmmaker living in Venice, California. She is best known for Brittney Griner: LIFESIZE a documentary currently airing on ESPN within the acclaimed Nine for IX Series as well as her award-winning feature documentary, No Look Pass, now on Showtime and recently selected for the American Film Showcase. Her popular first-person essays have appeared in The New York Times, Salon.com and Boston Herald.