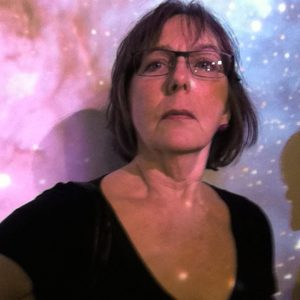 Jan Millsapps, Professor Emeritus of Cinema at San Francisco State University, is a veteran filmmaker, a pioneering figure in the new media movement, an early web innovator, and a versatile and accomplished writer.

She has produced films, videos, and interactive media on subjects ranging from domestic violence to global terrorism, has been a featured blogger for Apple, Huffington Post and Thrive Global, and has written two space-themed novels. Her recent documentary, Madame Mars: Women and the Quest for Worlds Beyond, premiered at the United Nations in Vienna and has been shown at Puerto Rico’s famed Arecibo Observatory, the venerable University of Cambridge in the U.K., the New York Academy of Sciences’ Global STEM Summit, and at numerous film festivals, winning first prize, professional documentary, at the 2019 Raw Science Film Festival in Los Angeles. Millsapps has spoken about the need for diversity in space at several Mars Society Conventions, the United Nations in New York, and the SETI Institute. She is a founding member of the global Space for Women support and advocacy network.