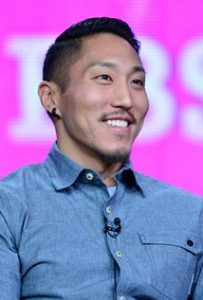 Tadashi Nakamura was named one of CNN’s “Young People Who Rock” for being the youngest filmmaker at the 2008 Sundance Film Festival as well as one of the “30 Most Influential Asian Americans Under 30” by the popular website Angry Asian Man. The fourth generation Japanese American recently completed Mele Murals, a documentary on the transformative power of modern graffiti art and ancient Hawaiian culture for a new generation of Native Hawaiians. His last film Jake Shimabukuro: Life on Four Strings was broadcasted nationally on PBS in May, 2013. The film went on to win the 2013 Gotham Independent Film Audience Award.