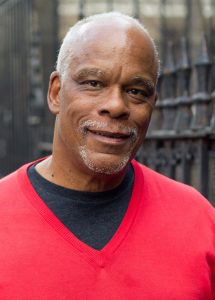 Stanley Nelson is the foremost chroniclers of the African American experience working in nonfiction film today. His films, many of which have aired on PBS, combine compelling narratives with rich and deeply researched historical detail, shining new light on both familiar and under-explored aspects of the American past. Mr. Nelson’s film, The Black Panthers: Vanguard of the Revolution (2016), is the first comprehensive feature length historical documentary portrait of that iconic organization, as well as an extremely timely look at an earlier phase of black activism around police violence in African American communities. The film won the 2016 NAACP Image Award.

Nelson’s two previous films, Freedom Riders (2010, three Primetime Emmy Awards) and Freedom Summer (2014, Peabody Award), took a fresh look at multiracial efforts to register black voters and desegregate public transportation facilities in the Jim Crow South, critical events in the civil rights struggles of the 1960’s. Nelson’s 2003 film The Murder of Emmett Till (Sundance Special Jury Prize), about the brutal killing of a fourteen-year-old African American boy in Mississippi in 1955, an event that had a galvanizing effect on the mid-century civil rights movement, uncovered new eyewitnesses to the crime and helped prompt the U.S. Department of Justice to reopen the case.

Other notable Nelson films include the Emmy nominated The Black Press: Soldiers Without Swords (1999), a sweeping portrait of over a century of independent black journalism; Two Dollars and a Dream (1989), a biography of Madame C.J. Walker, the first self-made African American female millionaire; Jonestown: The Life and Death of People’s Temple (2006, Tribeca Film Festival Special Jury Prize), a riveting account of how cult leader Jim Jones led more than 900 followers to commit mass suicide in a remote corner of northwestern Guyana in 1978; Marcus Garvey: Look for Me in the Whirlwind (2000, Sundance Premiere) a moving account of the life of the controversial early twentieth century black nationalist; and A Place of Our Own (2004, Sundance Premiere), a remarkable and revealing portrait of the upper middle class African American resort community of Oak Bluffs on Martha’s Vineyard, as well as a very personal portrait of Nelson’s sometimes difficult relationship with his father.

Using words from Miles Davis’s autobiography, Miles Davis: Birth of the Cool offers an incisive insight into our understanding of the legendary musician.

Newly released archival material, alongside interviews with pre-eminent historians and personal friends like Quincy Jones, illustrate a man of intensity and devotion to his craft. Despite the indignities of America during the time of segregation, nothing was going to stop Davis from realizing his dream: to create a new form of musical expression. Davis worked like a physicist with his collaborators to push musical experimentation and widen the tones and lyricism of jazz—the effects of which are felt to this day.

As the film delves into his past loves, personal relationships, and addictions, a clearer portrait of Davis the man emerges. Davis is fearless and engaging throughout, and his intellectual fervor is only tempered by his insecurities. Director Stanley Nelson’s epic biopic collects the strands of a creative life and weaves them together for us to understand one of the great modern American artists like never before.