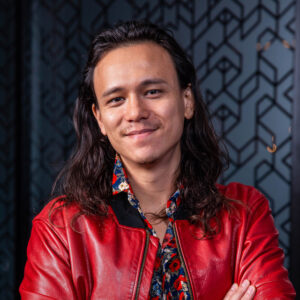 Born and raised in Minneapolis, Shal graduated from NYU in 2008, where his thesis film took first place at the SyFy Channel Film Contest. Since then he’s kept busy in the narrative, documentary, and commercial worlds. He regularly works with progressive politicians and has created commercials and long-form content for clients like Bernie Sanders and the ACLU. Shal is an artist of diverse talents; he’s had two films premiere at the Tribeca Film Festival – one was a sci-fi short set in Vietnam, the other was an experimental documentary about solitary confinement in American prisons. He recently finished his original post-apocalyptic series – The Park – about a world ravaged by a pandemic virus that kills off the worlds’ adults (which he wrote before the coronavirus, thank you very much.) Shal wants to blur the line between art and entertainment and push his audience to ask deeper questions about their own lives and preconceptions. He splits his time between New York, Los Angeles, and Ho Chi Minh City.