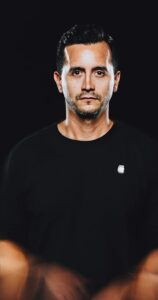 After graduating from the USC School of Cinematic Arts, he established himself in the high end commercial production industry. Producing spots and campaigns all over the world, for clients like Apple, Mercedes Benz, Chevrolet and Samsung, among others. José has produced and excelled in servicing some of the world’s most regarded directors and production companies. José is a founding partner of Logan Industry which celebrates the launch of its first feature length production – The Donut King. The tale of a refugee who escapes the violence in his homeland and is forced to start a new life half-way across the globe. A story that is near and dear to his heart. He’s proud to have joined forces with longtime collaborator, Director Alice Gu in bringing The Donut King’s story to the big screen.