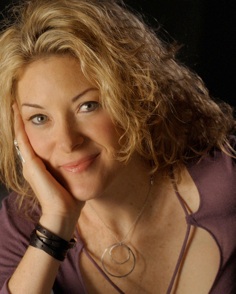 Ondi Timoner has the rare distinction of winning the Grand Jury Prize at the Sundance Film Festival twice. Her 2004 Sundance-winning doc, DIG! about the collision of art & commerce through the lives of two bands, and her 2009 top prize-winner, WE LIVE IN PUBLIC, about an internet visionary who showed by example how willingly we will trade our privacy and eventually sanity in the virtual age, were both acquired by the Museum of Modern Art in New York for their permanent collection.  She also directed the socio-political feature documentaries, Join Us (2007), about the cult epidemic in America, and The Nature of the Beast (1994), a hard-hitting look at the US prison system, and the short film Recycle, which premiered at Sundance in 2006, and subsequently screened at Cannes and in schools worldwide. Timoner premiered her fifth feature-length documentary, Cool It – a film that blasts through the polarizing logjam of the climate change debate to bring a solid plan for solutions at the Toronto International Film Festival in September, and was released theatrically across America in November 2010 through Roadside Attractions. In any format, Ondi loves to use her camera as a bridge to bring herself and the audience deep into worlds they may never otherwise enter. In 2000, Timoner created, produced and directed the original VH-1 seriesSound Affects, about music’s effect at critical moments in people’s lives.  She has directed commercials and web series for such companies as McDonalds, State Farm, Ford, The Army, and others.  She has directed films for CNN Heroes helmed the latest two short films for Honda’s innovative series, entitled Dream the Impossible, which premiered at the 2011 Sundance Film Festival.    Ondi is also currently directing and producing a documentary series follow up to WE LIVE IN PUBLIC which explores transparency now that the Internet wags the tail of the world.  She just completed the opening film for President Clinton’s concert at the Hollywood Bowl in Oct ’11, which raised money for his foundation. Her film starred Steven Spielberg, Barbra Streisand, the President, and many other notables.  Having made dramatic documentaries with strong narratives (and witnessed many documentaries that fit this bill) Ondi likes to call her next directorial effort a “pre-scripted actor film.”  Entitled MAPPLETHORPE, it tells the story of the life of photographer Robert Mapplethorpe, and will star James Franco.  Timoner attended the Sundance Director’s and Screenwriter’s Lab as a fellow in 2010 to develop MAPPLETHORPE, has since written the draft that will be produced, and is shooting the film in 2012. 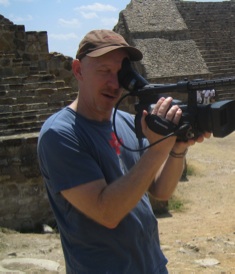 Robert James – After many amateur film projects Robert was led to the Cinema Studies Program at San Francisco City College.  He started his career with directing, writing and producing a commercial for MACE Security.  It runs today on their website.  A correspondence developed with Director Ondi Timoner via Facebook and after a meeting, Robert began a working relationship with Ondi in Los Angeles. Several screen credits for editing, camera work and production management have emerged from Ms. Timoner’s projects such as DVD Extra work on We Live In Public and the doc feature Cool It . This has given Mr. James vast experience that no study program could. ‘Library of Dust’ is his first Documentary short film.  A successful festival run garnered 5 awards, one for visual excellence in Napa, 3 grand jury prize awards for Best Doc Short which includes the ‘by-invitation-only’ Traverse City Film Festival developed by Michael Moore, Seattle International Film Festival and The Miami Shorts Festival.
A music video and commercial work have followed as well as the forthcoming documentary feature ‘Revolutionary Sex’, currently in production.