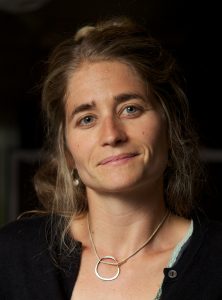 Cecily Pingree is a documentary filmmaker and cinematographer. She started her career working for Big Mouth Productions in New York City, where she worked on various productions including, Arctic Son and Alvin Ailey: American Dance. In 2009 she formed Pull-Start Pictures with her brother-in-law, Jason Mann. They have produced work for The New York Times, National Geographic, and the Gates Foundation. Her solo work covers such varied topics as fishing and worm harvesting on the Maine coast, public health in East Africa, and media consolidation across the US. Her work has been supported by the Sundance Institute, Chicken & Egg Pictures, LEF Foundation, and IFP. Cecily participated in the Sundance Creative Producer Labs in 2011. She is the Maine Arts Commission’s 2013 Media and Performing Arts Fellow. Betting The Farm is her first feature film and debuted at SilverDocs. She currently lives on an island off the coast of Maine.