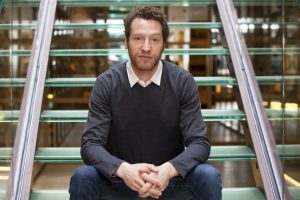 Gabe Polsky wrote, directed, and produced the feature documentary In Search of Greatness which was released to critical acclaim in 2018. The film is a cinematic journey into the secrets of genius as told through the greatest athletes of all time. In 2015, Polsky directed wrote and produced the award-winning documentary Red Army which was released by Sony Pictures Classics to universal acclaim. Executive Produced by Jerry Weintraub and Werner Herzog, the film premiered at the 2014 Cannes Film Festival and went on to win numerous awards. Previously, Gabe Executive Produced Genius, the 10 time Emmy® nominated TV show on National Geographic about Albert Einstein. Polsky co-directed The Motel Life starring Emille Hirsch, Dakota Fanning, and Steven Dorff. The film won numerous international awards. In 2016 Polsky was commissioned by The New Yorker to make a short documentary called “The Blimp-Maker”. Additional producing credits include: Werner Herzog’s Bad Lieutenant: Port of Call New Orleans which was named in over 40 top-ten lists of 2009 and His Way, an Emmy® nominated documentary released by HBO in 2011.