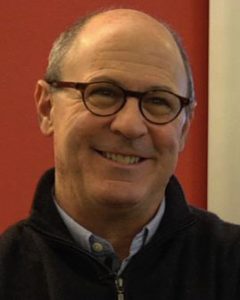 Director Robert Kenner has won an array of awards and garnered rave reviews for his documentary work exposing some of today’s least talked of, but most impactful, social and environmental issues. His documentary, Food, Inc. was nominated for an Academy Award and won two Emmys. Variety said Food, Inc. “does for the supermarket what Jaws did for the beach.”   Prior to his work on Food, Inc., Kenner received a Peabody, Emmy, and Grierson Award for his film, Two Days in October, an insightful examination of two key events during the Vietnam Conflict and how they shaped Americans’ views of the war. Kenner was co-filmmaker with Richard Pearce on The Road to Memphis for Martin Scorsese’s series, The Blues. Newsweek called The Road to Memphis “as fine a film ever made about American music” and “the unadulterated gem of the Scorsese Series.” Kenner has directed a number of specials for the PBS series American Experience and for National Geographic, including the award-winning and inspirational Don’t Say Goodbye. Kenner also directed an award-winning public history of Hewlett Packard and numerous commercials.