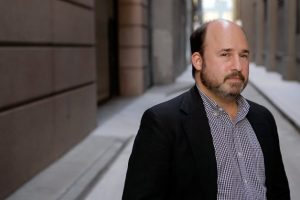 Andrew Rossi is an Emmy-nominated director, producer and editor of documentaries. He is currently at work on a documentary feature about higher education for CNN Films. His last film, Page One: Inside The New York Times, takes viewers to the front lines of the debate about the future of newspapers. Page One premiered at the Sundance Film Festival in 2011 and was co-distributed by Magnolia Pictures, Participant Media and History Films, the people behind such films as An Inconnvenient Truth and Food, Inc. Previously Andrew directed A Table In Heaven, an HBO feature documentary about the owners of New York eatery Le Cirque, and The Sky Did Not Fall, a piece about the effort to legalize same-sex marriage in Massachusetts. Andrew was also an associate producer on the documentary Control Room, about the Arab news network Al Jazeera. He is a graduate of Yale University and Harvard Law School.