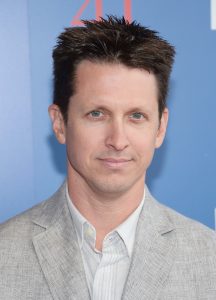 Jeffrey Roth’s directorial debut came with the critically acclaimed award winning documentary film, The Wonder of it All, that highlights the Apollo astronauts that walked on the moon. This was followed by “41”, an extraordinary look into the personal life of our 41st President of the United States of America, George H.W. Bush. After seeing Jeffrey’s first film, President Bush agreed to give him unprecedented access which was released on HBO. For the past 2 years Jeffrey has been working on his latest project, “President in Waiting,” assembling an exclusive “cast” for his new film on the office of the vice presidency including President’s Carter, Clinton, Bush, Obama and Vice President’s Mondale, Quayle, Gore, Cheney, Biden and Pence. This film will be released in 2020. Jeffrey has also worked on multi-camera sitcoms such as, How I Met Your Mother (Fox), 2 Broke Girls (Warner Brothers) and currently The Neighborhood (CBS) and Carol’s Second Act (CBS).