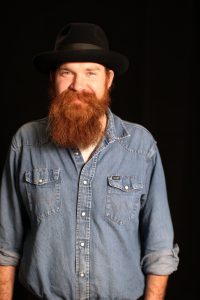 Sam is a director and editor working in Austin, TX. Recently, Sam edited and co-produced No No: A Dockumentary, which premiered at the 2014 Sundance Film Festival, screened theatrically in 35 cities and was broadcast on Showtime throughout December 2014. Sam also edited and produced the PBS documentary Ladonna Harris: Indian 101, which was executive produced by Johnny Depp and screened throughout November 2014 on PBS. He last directed Citizen Architect: Samuel Mockbee And The Spirit Of The Rural Studio, which was broadcast nationwide on PBS in 2010. He co-directed The Holy Modal Rounders… Bound To Lose (2006) and has edited and produced other feature documentaries such as Along Came Kinky: Texas Jewboy For Governor, which had its premiere at South By Southwest in 2009. As an editor he has cut countless hours of television for PBS, HBO, A&E, The Discovery Channel, The History Channel and The Food Network.