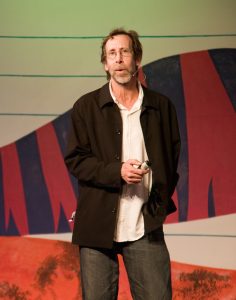 Mr. Smolan is an award-winning director whose work spans features, documentaries, television, and commercials. His critically acclaimed debut feature film Rachel River, was nominated for the Grand Jury Prize at the Sundance Film Festival and took awards for Best Cinematography and a Special Jury Prize for actress Viveca Lindfors. Smolan’s documentary 12 Stones, about the transformation of a group of illiterate women in southern Nepal won the Jury Prize for Best Short Documentary at the Tallahassee and Newport Beach Film Festivals. His most recent film, The Human Face of Big Data just won the Jury Prize for Best Cinematography at the Boston International Film Festival. As a television director his credits include the acclaimed pilot for the series Middle Ages, numerous movies, mini-series and episodes of over 50 network series including Brothers & Sisters, Ally McBeal and Northern Exposure. In commercials and on the internet his company, Luminous Content, collaborates with corporations, NGO’s and foundations to explore the role technology can play in transforming lives around the planet. Mr. Smolan was an Associate Professor at The USC School of Cinematic Arts and a featured speaker at the EG Conference in Monterey, California and the INK Conference in Association with TED.