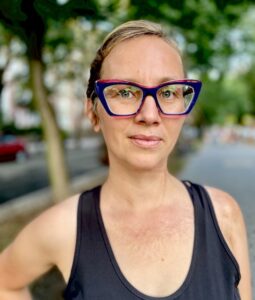 Martyna is a filmmaker and writer in Brooklyn, New York. Her films have been screened at AFI DOCS, Rooftop Films, and One World Film Festival, among others. Her latest short, ELEVATOR PITCH, was released by Time Magazine and Field of Vision, and was nominated for a Critics Choice Documentary Award for Best Short Documentary. She holds an MFA in Integrated Media Arts from Hunter College and a BFA in Fine Arts from the Berlin University of the Arts. Martyna loves running in Prospect Park at the crack of dawn before any of the junior members of her family wake up.