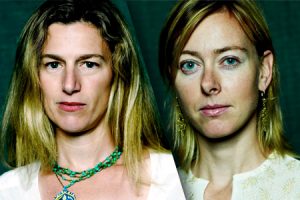 Ricki Stern and Annie Sundberg’s productions include the Emmy nominated Joan Rivers – A Piece of Work directed by Ricki Stern, and co-directed by Annie Sundberg, which premiered at the 2010 Sundance Film Festival where it won the US Documentary Prize for Best Editing. They were commissioned by Vogue to direct the new six-part series The Fashion Fund which premiered in January 2012 on Hulu. Additional television projects include a two-hour special, Secret Access: UFOs Off The Record (2011) for the History Channel and a new pilot about to go into production for the National Geographic Channel on the mail order bride industry. They are expanding their work into short form, multi-media and other commercial projects, including the recent Human Rights Campaign spots for Marriage Equality, a comedic short for Kenneth Cole that premiered at the 2012 Sundance Film Festival, and a commissioned piece for the GE/Cinelan Focus/Forward film series. Their next project takes them into multi-media territory with a series of short films created for the Sundance/Skoll Stories of Change initiative, focused on the innovative anti-poverty and education program YouthBuild.

Their recent film Burma Soldier premiered on HBO in May 2011, and tells the story of a former junta member and Burmese soldier who risks everything to become a pro-democracy activist. Burma Soldier was nominated for a 2011 Irish Academy Award for Best Feature Documentary, and was the centerpiece screening at the 2011 Full Frame Festival in North Carolina, where Ricki and Annie received the Career Achievement Award. Annie and Ricki directed the 2008 Emmy and Gotham nominated documentary feature The Devil Came On Horseback, and their 2007 Emmy nominated feature The Trials of Darryl Hunt won over twenty film festival audience awards, the Columbia DuPont award, and was a Spirit Award nominee for Best Documentary, airing on HBO. In 2009, Annie and Ricki received a Sundance/Skoll “Stories of Change” production grant to support a feature film about the innovative education and anti-poverty program YouthBuild. Their new short for the Sundance Institute / Bill & Melinda Gates Foundation (BMGF) was recently released as part of the BMGF focus on the United Nations’ Millennium Goals. They have been recognized with A Lifetime Achievement Award from Full Frame Documentary Film Festival, the Best Female Filmmakers Award-San Diego Film Festival, Adrienne Shelly Excellence in Filmmaking Award and Lena Sharpe/Women in Cinema Persistence of Vision Award–Seattle International Film Festival.