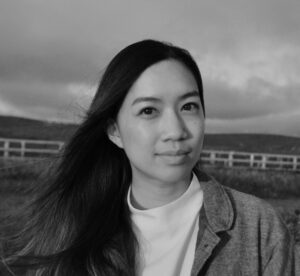 Diane Tsai is a Taiwanese-American documentary filmmaker and journalist at TIME.

Her debut feature documentary Be Our Guest (DOC NYC 2021), which she directed and produced for TIME Studios, follows a young boy’s family as they open their home to strangers in recovery—a commitment that pushes both the family and their guests to face difficult decisions about community, independence, and the real nature of altruism.

Additional notable projects include Firsts, the award-winning documentary series featuring 46 groundbreaking women from Hillary Clinton to Serena Williams, which received POYi Documentary Project of the Year, a Webby nomination, SPD Gold Medal, and selection for the American Film Showcase. In 2018, she was part of a team named Livingston Award finalists for The Silence Breakers, a documentary short on the women whose voices sparked the #MeToo movement.

Diane is a graduate of Northwestern University’s Medill School of Journalism and is currently based in Los Angeles.