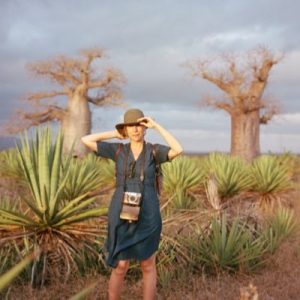 Claudia Woloshin is an Emmy-nominated director, producer, and cinematographer. Throughout her career in nonfiction film and television she has filmed all over the world, telling stories in over a dozen countries.

In 2014, she was nominated for an Outstanding Achievement in Directing Emmy for her work on the Emmy and two-time James Beard Award winning PBS series THE MIND OF A CHEF (EP Anthony Bourdain). Claudia also directed and produced Bourdain’s THE LAYOVER and his spin-off food and culture adventure series THE GETAWAY for Esquire Network, directing episodes with notable celebrities including Aziz Ansari and Josh Gad. She was the director and show runner for two seasons of CITY BALLET, the highly lauded docu-series about the New York City Ballet, executive produced by Sarah Jessica Parker. She was also a producer/director on Morgan Spurlock’s INSIDE MAN for CNN, as well as working with Academy Award-winning filmmaker Alex Gibney, developing an investigative series and showrunning and directing its pilot. Other credits include directing and producing for National Geographic’s award-winning series EXPLORER and MTV’s long running series 16 & PREGNANT.