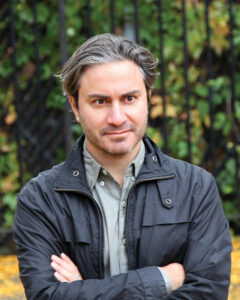 Jeremy Workman is the director of the documentaries LILY TOPPLES THE WORLD (Discovery), THE WORLD BEFORE YOUR FEET (Greenwich Entertainment / Kino Lorber), MAGICAL UNIVERSE (IFC Films), among others. Jeremy’s documentaries have played at prestigious film festivals and been released in theaters and on TV across the globe. Lily Topples The World won the Jury Grand Prize for Best Documentary at the 2021 SXSW Film Festival and went on to become a high profile acquisition for Discovery. The World Before Your Feet was released in over 100 global cities during 2019 and currently stands at 100% on RottenTomatoes.