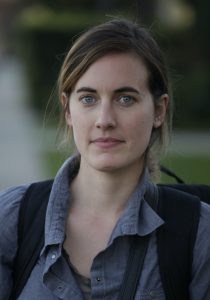 Treva Wurmfeld’s feature directorial debut, Shepard & Dark, made its world premiere at the Toronto International Film Festival in 2012 and won top awards at the Woodstock Int. Film Festival, the Cleveland Int. Film Festival and the Florida Film Festival. That year, Wurmfeld was included in Filmmaker Magazines 25 new faces of Independent Film. Shepard & Dark was an official selection at the Cannes Film Festival and Wurmfeld was nominated for the Camera d’Or prize. Shepard & Dark was released by Music Box films in the Fall of 2013. Her second feature documentary, Conscience Point, premiered at the Hampton’s Int’l Film Festival in 2019 where it picked up the Rabinowitz & Grant award for Social Justice. The film was supported by ITVS and received the Pare Lorentz grant from the IDA. It was broadcast on PBS’ Independent Lens and received distribution from Women Make Movies and Java Films. A podcast version of the story was commissioned by a BBC & Sundance Institute collaboration in 2018. Earlier in her career, Wurmfeld shot and produced for the Emmy Award winning series Intervention and wrote and directed the short films, Oyster (2007) and The Hama Hama Way (2015). She received her MFA from Hunter College, in 2006.